Posted by Jack on Dec 2, 2017 in Uncategorised | No Comments

A packed and sold out venue in Liverpool’s city centre was an amazing way to present my new backing band and revamped live sound for the first time. Sound (Basement; Food and Drink) had a great audience turn out for the brilliant night of music from up and coming artists. I had the pleasure of opening the show with my very hard working backing band with a set that included my recent singles ‘Higher’ and ‘Let it Happen’. Fellow musician Avishek Chowdry also captured some great shots of us playing from the night (below). 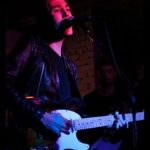 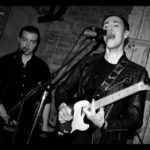 I managed to get the backing band over to Standish Live Festival last night where I played an acoustic set in Hoot at 9 pm followed by a much louder and funner set with my backing band at 10:30 pm at The Black Bull to a super enthusiastic local crowd. See you again very soon Standish and Wigan folk!