Really excited to announce that I’ll be playing an acoustic set on the BBC Introducing Stage at Blackburn’s festival of Making on the 12th of May at 3 pm. I’ll be joined by my bassist and drummer (on Cajon) for a few acoustic versions of my latest songs.

This support from BBC Radio Lancashire and BBC Introducing comes after playing my latest single ‘Seven Seas’ 2 weeks in a row on their weekly show! I can’t wait to play another gig for them; lots more to look forward to next month too! 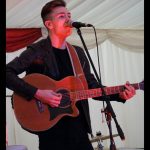 Also coming up soon, is a big gig for me in Manchester at The Kings Arms on Sunday 27th May. Tickets available now! Click Here